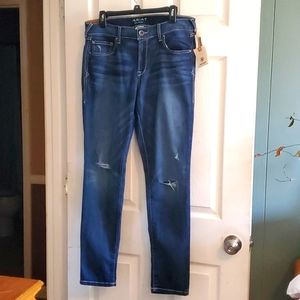 The Mystery of Mary, Mother of Jesus and Our Mother

This Pietà by Gustave Moreau (1826-1898) was painted in oils in 1876 on a small panel of wood. Although a contemporary of the Impressionist movement, Gustave Moreau did not join it. On the contrary, he became the leader of the Symbolists: he painted not what he saw but what he thought, expressing it through signs and symbols. This sketch is presented as the furtive testimony to the spontaneous outpouring of his thought. But make no mistake: behind this instant of genius there is a highly cultured artist and deep preparatory reflection. Every detail of the work echoes traditions corresponding to both pagan mythology and biblical revelation, in the artistic expressions that were given to them over the centuries.

The exquisite composition of the work unfolds starting with a diagonal line running through a mountain pass situated in the depths of a dizzying gorge. Next it follows the edge of the outstretched wing of an angel; then it extends following a line that passes over the knees of the Virgin Mary, on which the shoulders of the dead Christ are resting. This descending diagonal represents the tragedy of human destiny which, after crossing through a valley of tears between two steep mountains, leads inevitably to death. On a rock beneath the angel’s wing gleams the costly golden urn containing the myrrh offered by the Magus-king Balthazar, which will be used to embalm Jesus’ body. The depiction of these two figures, the tortured victim and his mother, is strongly reminiscent of the masterpieces of the Italian Renaissance. Mary’s mantle repeats the blue of the angel’s wing, signifying her divine maternity.

Oddly enough, Gustave Moreau shows the Holy Spirit hovering over the scene in the form of a dove emanating light. Many artists have depicted a bird over the episodes in the Passion from the deposition to Easter morning. This is the case with the last work painted by Titian, a magnificent Pietà with the figure of a pelican in the background. It is also the case with the cover illustration of the April issue of Magnificat, where Mantegna depicted an owl. As we explain in our commentary on that work, these are references to Psalm 102, in which the contemplative Psalmist, anguished by these tragic scenes, is compared (mistakenly) to a pelican or (rightly) to a bird in the Strigidae family, depending on the translation.

An insight inexpressible by words

Might Gustave Moreau have been mistaken in repeating here the traditional image of the Holy Spirit as he is represented in all paintings of the Annunciation? That is very unlikely, because both his artistic and biblical culture and the depth of his knowledge of Christian Tradition are above suspicion. More probably the artist meant to convey to us an original message about the deep meaning that he intended to give to his version of the Pietà. Gustave Moreau repeated here the traditional representation of the Holy Spirit at the moment of the Annunciation in an attempt to express symbolically the fruit of his meditation on the mystery. We could hazard an approximation, certainly a very imperfect one, of his mystical insight by formulating one of its premises: just as Mary brought Jesus to birth in this mortal life by the working of the Holy Spirit, so too, since Mary was given to us as our Mother at the death of Jesus, in a way, through the working of the Holy Spirit, she will bring us to birth to eternal life in his Resurrection.

Catherine of Siena, illustration in The Golden Book of Famous Women

Saint Catherine of Siena stands, calm and collected, amid a sea of scarlet. Five prelates pose or ponder, and the black-clad Dominican tertiary remains unperturbed. In this 1919 watercolor, Eleanor Fortescue-Brickdale drew inspiration from the remarkable life of Saint Catherine of Siena to produce an exceptional representation of what Saint John Paul II would call the “feminine genius.”

Catherine of Siena’s thirty-three years on earth were marked by extraordinary events both in her interior life and in the geopolitical realm. Catherine’s ecstasies and miracles lent themselves well to artistic representation, as the hundreds of paintings of her mystic marriage to Christ or her receiving his pure heart will attest. What caught the attention of Eleanor Fortescue-Brickdale, however, was her influence on the medieval world. The British painter, a devout Christian herself, chose to portray Saint Catherine as an authoritative figure whose spiritual graces not only enriched her interior life but also marked her contemporary culture.

“She is a woman and they venerate her”

Fortescue-Brickdale set the scene in Avignon, where the papacy had settled in 1309 after having forsaken Rome, the ancient See of Peter. The prominent castle and military tower suggest that the papal court was more concerned with defense against the dangers of this world than with preparing souls for the next. Below, the Rhône River flows quietly, traversed by an arched bridge leading towards the fortified city. Catherine has been invited to act as a peace envoy to rebellious Tuscan territories. Although she was renowned in her homeland for her preternatural ability to reconcile warring factions, it appears that the Avignon prelates placed more hope in her gender and reputation than in her diplomatic skills. Pope Gregory XI reportedly chose her because “the Florentines will not dare attack Catherine, because she is a woman, and they venerate her.”

This image was one of a series of sixteen watercolors made by Fortescue-Brickdale for a project called The Golden Book of Famous Women. It was an anthology of famous women, biblical, historical, or fictional, and an undertaking dear to the heart of Fortescue-Brickdale, who had overcome numerous obstacles as she forged her career as an unmarried watercolorist. Her vision of Catherine as a quietly restrained figure among the gesticulating cardinals illustrates the artist’s admiration for the subtle authority of the saint. Like many before and after her, Fortescue-Brickdale read the Gospel accounts of Christ’s dealings with women and was inspired by Jesus’ revolutionary treatment of those he encountered. Christ chose women for key moments of salvation history, a proactive role that continued through the witness of female martyrs. Catherine of Siena was the fruit of a long tradition of women who, through their unique and enriching relationship with Christ, were witnesses to truth and goodness. This sisterhood, which includes Saint Catherine of Alexandria, Saint Agnes of Rome, and Saint Helena of the True Cross, resonated with Fortescue-Brickdale, who was drawn to stories of exceptional women. Amid her enchanting images of lovers and dreamers, her watercolor of Saint Catherine is singular in the dramatic color contrasts, the simplicity of the scene, and the composition where the young woman dominates the group of men around her.

More than meets the eye

For the Catholic eye, there is more to this image than a woman taming the papal court. Catherine’s life was marked by a series of men—scholars, prelates, and nobles—who had heard of her fame and sought her out as either a kind of curiosity or as a woman who needed to be put in her place. With her simple certainty, profound wisdom, and evident special graces, she confounded her detractors and even converted some to her service. In the image, Catherine is surrounded by a group of men swathed in red, the color of power. Each reacts differently to the solemn figure among them. One ponders, another appears haughty, others seem engrossed, while a pointing figure squints as he tries to see the saint’s point of view. Catherine was a disconcerting personage in her era: her awareness of Christ’s presence was such that she engaged with the world as if she had her Bridegroom by her side. The space next to Catherine might well be occupied by Christ, sustaining her during this tiring encounter.

The ageless appeal of feminine genius

Fortescue-Brickdale’s work invites meditation on Catherine’s detachment from the things of this world. Catherine accepted the invitation to Avignon with the intention of persuading Pope Gregory XI to return the papacy to Rome. As she spent time with the papal court, some of its members tried to distract her from her mission by appealing to worldliness, in the form of the luxuries available in the glittering halls of Avignon. Christ, however, revealed to her the interior devastation of the corrupt souls, no matter how glamorous the exterior. Fortescue-Brickdale’s dark-clad figure of Catherine, with her downcast eyes, reflects the sobriety and temperance of this saint who easily recognized the devil’s snares. Catherine articulated this awareness in her Dialogues in the image of souls caught in the flood of their own desires, and described three stairs by which they could escape the turbulent waters.

Although Eleanor Fortescue-Brickdale died in 1945, her vision of Saint Catherine anticipated what Saint John Paul II later called the “feminine genius,” of serving others by serving God. He wrote that this kind service led the Virgin Mary to experience “a mysterious but authentic ‘reign’” during her lifetime, and some of that regality can be seen in the authority of Fortescue-Brickdale’s Saint Catherine.

With a gravitas beyond her years, united to a disarming humility, Catherine accomplished her life’s mission and became a model for all Christians, both men and women, culminating in Saint Paul VI’s elevation of her as a Doctor of the Church.

Writer and professor of art history in Rome, Italy.